NOTE TO OUR ARTISTS

NOTE TO OUR ARTISTS: September 18, 2020
It is with immense sadness Ann and I report that our very dear friend, Marie Markham, passed away this morning after a year-long battle with illness following her surgery a year ago. Marie and I met on a pen pal site in 1999 and have communicated almost daily since then. She was the driving force in establishing our three digital art challenge blogs--Take a Word , Three Muses, and Digitalmania. Our friend, Ann Baker from the UK, joined us and we three friends who have never met managed the three blogs for over ten years. Ann and I have continued to manage them during Marie's illness. We have sorely missed her talent and wit. We know you join us in extending our deepest sympathy to Marie's family in Perth.
Bev 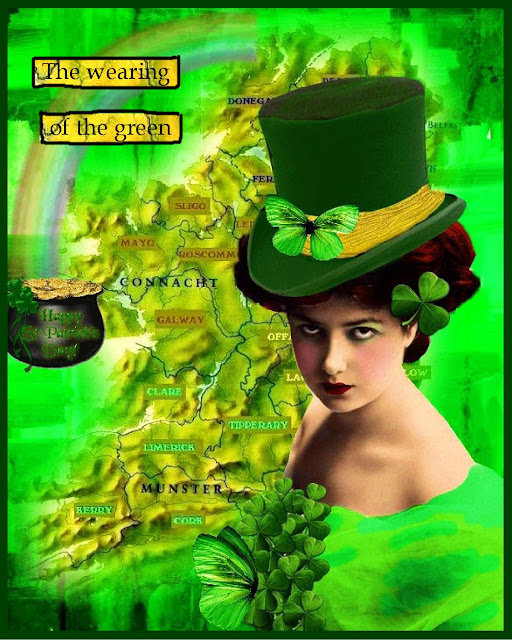 The theme word this week is GREEN.  St Patrick's Day is on March 17 but your green art doesn't have to refer to that.  Any green will do!!
My heritage is 100% Irish.  In the late 1700's, the Irish people rose up in a rebellion against Britain and they wore the colour green to identify themselves as rebels.  Believe it or not, "the wearing of the green" was prohibited and the penalties were severe, the most common one being transportation to what was then called "Van Diemen's Land" (now Australia!).  My ancestors came to Australia in the 1840's but I would quite like having a convict as an ancestor!
Have fun with green.
Credits for my shades of green are HERE 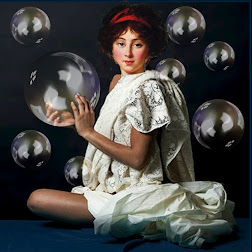 BUBBLES --- Get creative with bubbles!

If you enjoy a challenge, check out The Three Muses and join in the fun

Digital Whisper is now at Blogspot